We aim to exceed each customer’s expectations. To support this goal, we work only with experienced and highly qualified engineers, architects, designers and tradespeople. 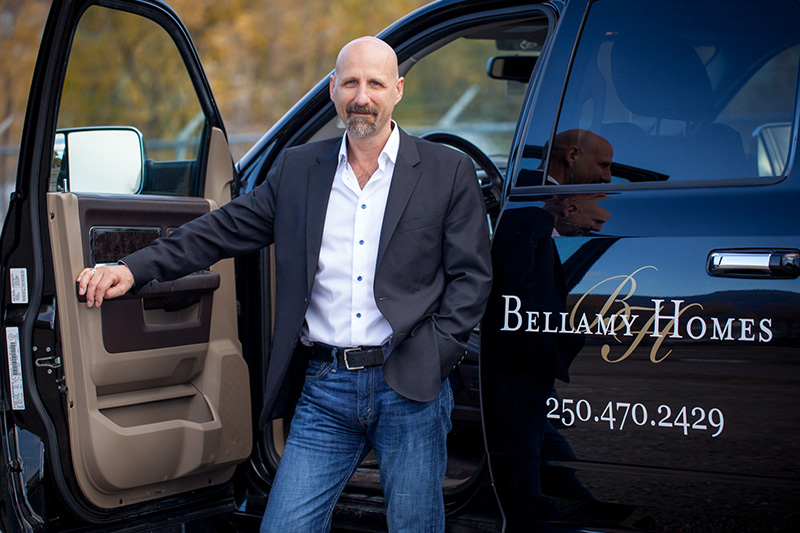 Since starting his custom home building company in 2008, Les has developed a reputation for strong design, a stellar work ethic, and a passion for people, both his clients and the community.

In addition to Les’ role as CEO of Bellamy Homes, he is the Lead designer and enjoys working closely with his clients throughout their custom home building process. Most of Bellamy’s home designs are intricate, requiring more time on design, budgeting and building fronts. Long hours are no stranger to Les, but he freely admits that his passion for his business far out-weighs any time spent to achieve the best results possible.

Les is also involved in promoting professionalism in his industry. As the Vice President of the Canadian Home Builders Association – Central Okanagan, Les has been instrumental in many initiatives of advocacy, education and promotion of value of the membership. He actively promotes the merits of the association to consumers.

There is no doubt that Les loves giving back to his community. He donates time and resources to countless charities and programs. The ‘Wish Come True’ Society, ‘Ride to Reach’ and the Okanagan Charity Classic are just a few examples of his long term commitment.

When he’s not working, Les enjoys riding his Harley Davidson motorcycle with his wife, Pat. They enjoy getting out on the road and seeing the province on their bikes. It’s not uncommon to have Les and Pat and a dozen of their friends planning their next weekend ride in the summer. It’s a relaxing change from their busy lifestyle!